Love is in the Air at Alvin & Friends

If you note a little “something, something” in the air this Valentine’s Day at Alvin & Friends, it may be the amazing foursome working their love behind the scenes. Two married couples are the co-owners of the New Rochelle eatery—Gwen and Alvin Clayton and Theresa Kump and Tom Leghorn. 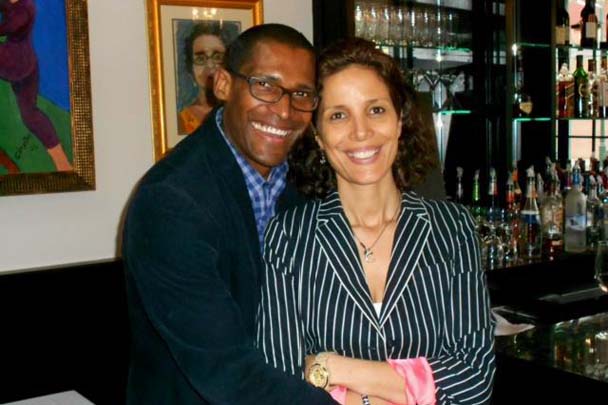 Gwen and Alvin Clayton met at a restaurant in New York City where he was working as a model. “It was a Friday night,” Gwen remembers, “and Alvin said he would call me that weekend. He was a man of his word: he called on Sunday and we had a date for Monday.” The two arranged to meet at Time Café, and Gwen recalls that she was running late — “Surprise, surprise!” says Alvin teasingly —  “and he was waiting for me at the bar, looking like a snack as my kids would say.” Gwen says she was so nervous she could hardly eat. “There was a comedy show, so I asked Alvin to tell me his best joke, and he just kept me laughing all night – his jokes were better than the comedian’s!” Alvin says he developed quite a repertoire of jokes working as a model “because that’s the way we passed the time on shoots, seeing who had the best jokes.” That shared sense of humor has served them well: Today the couple has three children, Matisse,  Ollie and Bella. 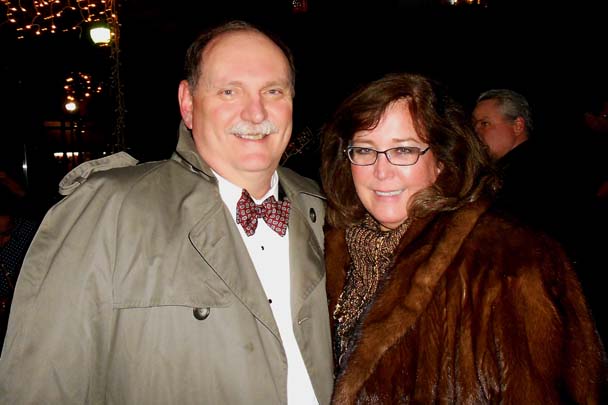 Theresa Kump Leghorn and Tom Leghorn met as college students at NYU. Theresa recalls their first date began at Tom’s fraternity house, Psi Upsilon, on Third Street, where a group had gathered to watch the 1976 Presidential election returns on TV. (Jimmy Carter was elected, for those of you too young to remember!) There was a spontaneous decision to try and crash the Democratic victory party at the old Americana on Seventh Avenue, and the rag tag crew of about a dozen college students rode the subway to the hotel, where crowds had gathered on the street.  “I still remember my outfit, a jeans miniskirt, multicolored tights and Frye boots!” says Theresa. Somehow Congresswoman Bella Abzug spotted Theresa and Tom. “Come with me, kids!” she cried, and swept them into the hotel, through the kitchen and into the ballroom, where they mingled with politicians and Democratic supporters in various stages of inebriation (including one overly friendly U.S. Senator who shall remain unnamed.)  Theresa and Tom married in 1982; they have two children, Nick, age 25, and Juliana, a senior at Carleton College.

All That Sparkles: Galentine’s Day Event at Bloomingdale’s...

A Return to What’s Natural (and Delicious): Penny...