Westport, Conn. – Chef Brian Lewis, who brought seasonal American cooking to Westport, Connecticut with his acclaimed restaurant, The Cottage, expands his footprint in downtown Westport with his newest venture, OKO.  The Japanese inspired restaurant, located in the historic Vigilant Hose Company Firehouse at 6 Wilton Road, showcases Lewis’ innovative take on traditional Japanese cuisine and sushi, in a lively and charming atmosphere.  The restaurant will open on April 19, 2018. 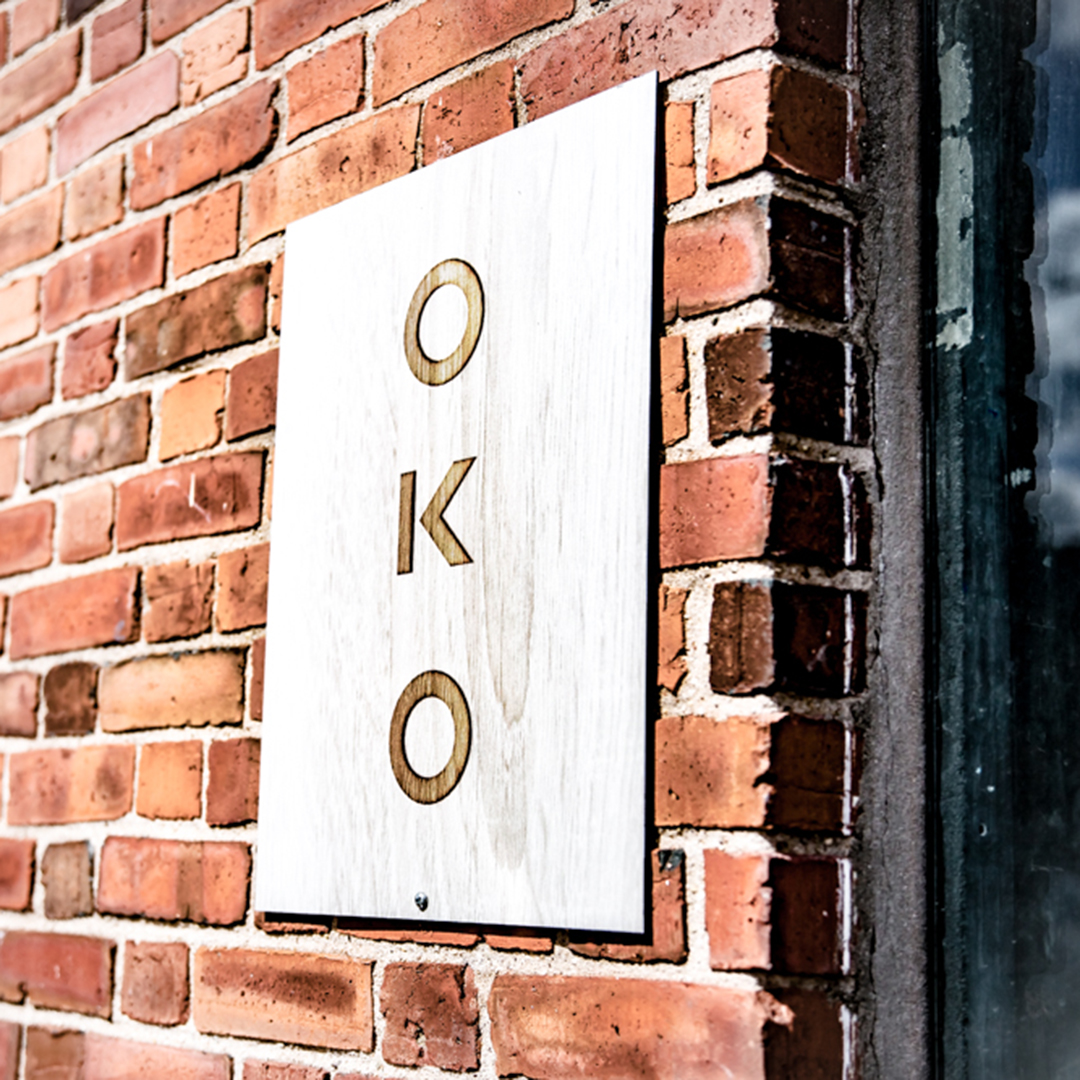 “My team and I are delighted to bring OKO to the community, combining my love for Japanese cooking techniques and culture with fresh, local ingredients from Connecticut, the U.S. and the Tsukiji Fish Market in Tokyo,” said Lewis.  “When we offered our first true Japanese-inspired dish at The Cottage – the okonomiyaki – it was met with rave reviews from our guests, and truly set into motion this real passion of mine to pursue Japanese cuisine for our next restaurant.  My vision with OKO is to offer a very accessible, fun menu for our guests of seasonally driven, Japanese-inspired cuisine that is meant to be shared, encouraging the sampling of several styles of Japanese cuisine.  Our open kitchen concept will allow guests to be educated on Japanese cooking methods, all while enjoying the experience in a relaxed, fun environment.”

Architect Rick Hoag from Frederick William Hoag Architect and Interior Designer Megan Zwick from MZ Interiors uncovered the original character of the historic firehouse, built in 1931, to create an enchanting dining space. Adorned in a post-industrial color scheme of natural ash, concrete greys and black steel, the new elements are asymmetrically juxtaposed against the symmetry of the building’s brick walls and large windows fronting Wilton Road.  Ash wood furniture and custom-made, slender wood LED lights that are strategically placed in an irregular pattern on the ceiling are completed by an ash wood and fiber cement bar that surrounds and invites a full view of the working kitchen.  A custom-designed steel and translucent resin structure is suspended above the bar, casting a soft play of light and shadow through its intricate design, inspired by the shapes of traditional Japanese scaffolding.  Featuring traditional and banquette-style seating for 34 in the main dining area, 14 bar seats, and one tucked-away high-top table for four, the atmosphere created for guests is clean, warm and sophisticated.

OKO is open Tuesday-Saturday (5pm-close) and in the coming months, will be adding Sunday service.  The restaurant will also be offering take-out in the coming weeks.

OKO accepts reservations via OpenTable.com, or by contacting the restaurant at 203-557-8404.

Brian Lewis is one of Connecticut’s most celebrated chefs, lauded for his commitment to quality and seasonally driven American cuisine featured at his restaurant, The Cottage, as well as his love for Japanese cuisine at his newest venture, OKO.  The Cottage, based in Westport, Connecticut, was recognized with an “Excellent” review in the New York Times, after only being open for four months, commending Lewis’ sophisticated menu in a cozy setting.

Lewis was also honored in 2018 as a semi-finalist for the James Beard Awards’ Best Chef: Northeast in the 2018.

He first received national recognition as the opening Executive Chef of actor Richard Gere’s The Bedford Post Inn, a Relais & Chateaux property that featured two destination restaurants, The Barn and The Farmhouse. There, he acquired national acclaim including Esquire Magazine’s “Best New Restaurant” list in 2009, and an “Excellent” review in the New York Times for his thoughtful and consciously sourced cuisine. He launched his first solo venture in March 2012 with elm, where he was once again named to Esquire Magazine’s “Best New Restaurant” list, this time in 2012, before leaving to focus on launching The Cottage in Connecticut’s Westport neighborhood.  Lewis has had the honor of being invited to cook three dinners at the historic James Beard House in New York City, most recently in January 2017 on behalf of The Cottage.  He has made appearances on “The Martha Stewart Show” and “TODAY.”

Raised in Westchester, New York, Lewis discovered his love for cooking at a very early age. He graduated from the Culinary Institute of America with honors and went on to earn his Bachelor’s degree in business Management from Johnson and Wales University. Early experiences working under the guidance of legendary chefs like Jean Louis Palladin and Marco Pierre White strongly shaped Lewis’ culinary style to what it is today.

OKO is the heartfelt interpretation from Chef Brian Lewis of Japanese ingredients, cooking methods and cuisine, paired with seasonal, local ingredients from Connecticut, the United States and the Tsukiji Fish Market in Tokyo.  Located in Downtown Westport, Connecticut in the historic Vigilant Hose Company Firehouse, OKO showcases Lewis’ innovative take on traditional Japanese cuisine and sushi, encouraging casual, small plate dining meant to be shared, in a lively and charming atmosphere.  Open five days a week for dinner, with brunch service launching in the coming months, the restaurant is located at 6 Wilton Road.  For more information, visit www.okokitchen.com.  The restaurant can also be found on Twitter (OKO_Westport), Facebook (OKOWestport) and Instagram (OKOWestport).

Film to Table at Jacob Burns

Seven Top Chefs from Across the Hudson Valley...

2019 ArtsBash Scheduled for May 16 at ArtsWestchester